Much has changed at WHRO Public Media since we began broadcasting in 1961.

We've combed through the archives and found some photos from our early days. Enjoy this look from behind the scenes of our studios. 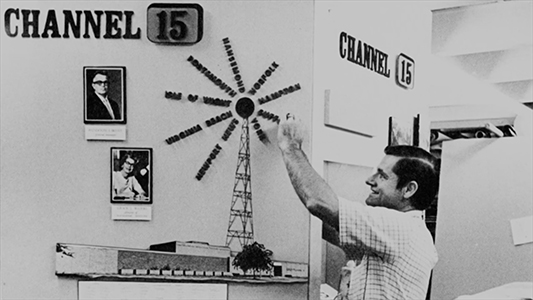 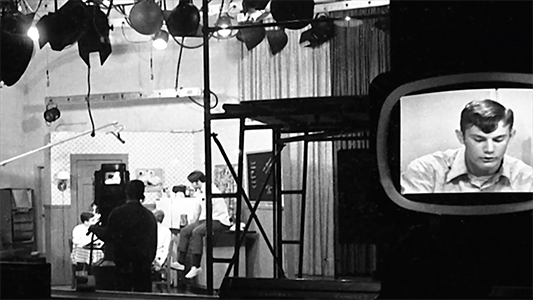 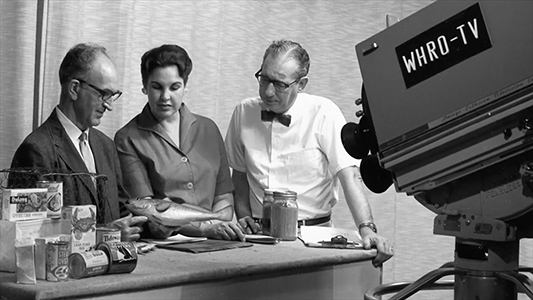 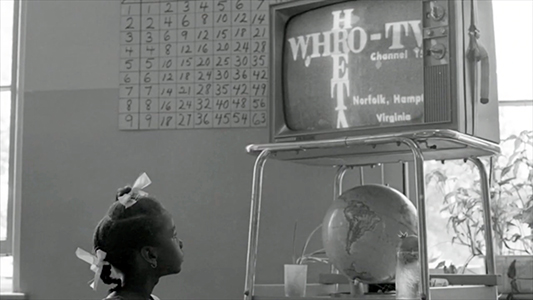 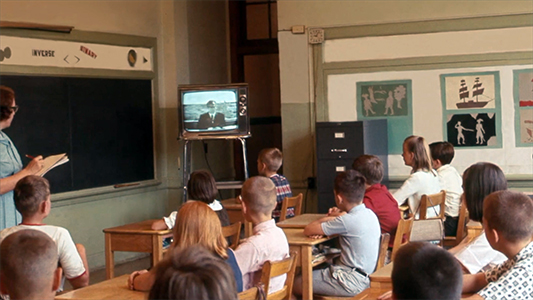 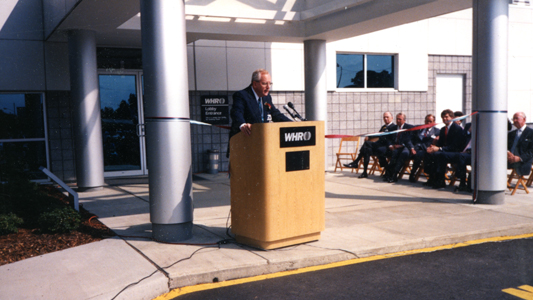 Learn more about our founders, Hunter B. Andrews and Vincent J. Thomas. 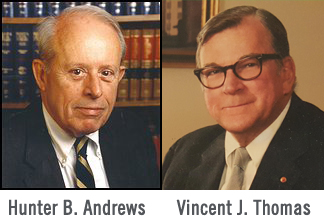 President John F. Kennedy declared the United States would land a man on the moon by the end of the decade. Construction began on the Berlin Wall. Roger Maris hit his 61st home run.

And this was the year the FCC awarded a license to Vincent J. Thomas and Hunter B. Andrews, of the Norfolk and Hampton school systems respectively, to operate Virginia's first non-commercial, educational television station. WHRO broadcast as Home Room One as a way to use television to assist with teaching in the classroom. 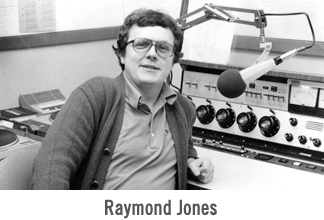 Since its founding, WHRO Public Media has grown into four television channels and six radio frequencies. 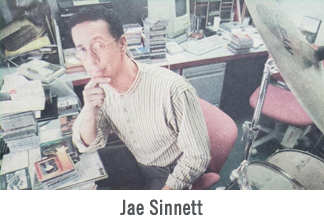 Our educational services continued to expand and receive national attention including the prestigious Japan Prize., an international award for educational media content. 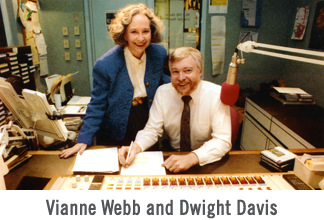 WHRV debuted HearSay with Cathy Lewis, a daily call-in radio program, which developed and retained a loyal listenership. For 25 years she interviewed political candidates, governors, civic leaders, business owners and even former President Barack Obama. The program ended in May 2021 when she left to pursue other endeavors.

WHRO began a collaboration with Landmark Communications to produce and televise The Virginian-Pilot Spelling Bee, an annual competition that continues to this day. 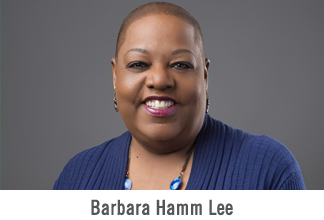 Another View debuted, a weekly television program hosted by veteran journalist Barbara Hamm Lee, focusing on issues specific to Hampton Roads' African American community. The program transitioned to a radio show in 2011 and continues to enjoy a loyal following.

WHRO renamed its Leadership Circle of donors to become the Hunter B. Andrews Society. This change honors former Virginia Senator and former chairman of the Hampton School Board, Hunter B. Andrews, who founded WHRO TV in partnership with Vince Thomas. 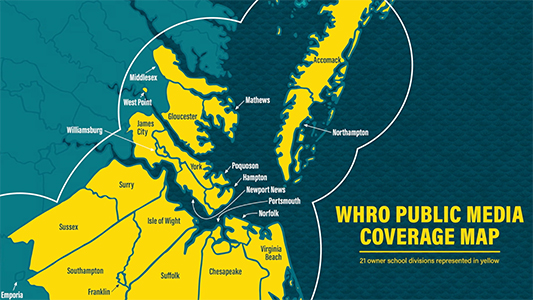 Today, WHRO is owned by 21 public school systems in Hampton Roads, and education is still at the heart of all we do. By providing trusted news reporting, arts coverage, public affairs content, music and entertainment, and an array of educational services, WHRO Public Media enriches the lives of the people of Eastern Virginia and Northeastern North Carolina every day. 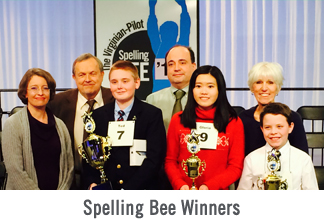 Outreach programs delivered through our STEM Van, Literacy Van, and new Environmental Van bring hands-on learning (or virtual experiences during a pandemic) to schools, libraries and community centers throughout the region.

Work Like A Girl, the latest campaign under WHRO's American Graduate: Getting to Work national initiative is bringing awareness of the great opportunities for young women in skilled careers. Many of these careers do not require a college degree and offer paid pathways to learning a trade and getting started.

Teachers turn to WHRO Education for professional development, online courses, webinars designed to help them with blended learning, and a vast number of digital resources through eMediaVA to use in their classrooms. In fact, 184,266 educators and students across Virginia accessed tens of thousands of searchable learning assets through eMediaVA in 2020. 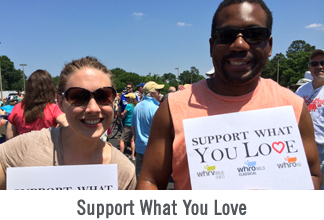 WHRO Education was a vital resource for educators and families during the pandemic. Our team of educators acted quickly to develop educational services including: 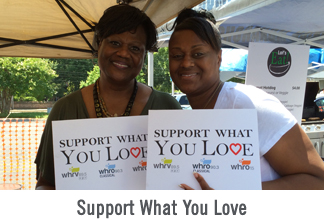 In its first full year of operation, the WHRO newsroom produced award-winning reports to keep our community well informed. The team also created a diversity tracker to use across the newsroom for sources, talk show guests, and experts. 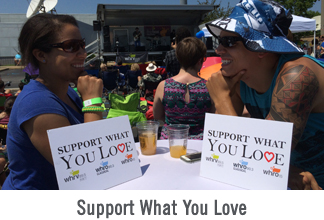 On both television and radio, WHRO continues to provide exceptional arts coverage of both local and national productions. TV viewers enjoy new dramas from Masterpiece, concerts and other performances, while radio listeners enjoy a variety of music genres including jazz, Americana, bluegrass, classical and more.

Last year, our stations partnered with local arts organizations to broadcast concerts recorded prior to the pandemic to ensure the community had continued access to the arts during the stay-at-home order. WHRO also provided several online performances as an avenue for musicians to continue connecting with audience members. 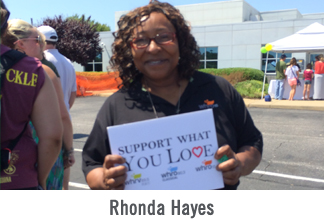 Wall of Faces- WHRO proudly spearheaded a statewide initiative to ensure all 1,307 Virginian Vietnam Veterans listed on The Wall has a photo. The project was completed on May 22, 2020 when the photo was found for the last remaining Virginia soldier without a photo, Sergeant Walter Williams Jr.

Continuing the Conversation on Race - Through community conversations on our air as well as moderated virtual conversations with the community, WHRO Public Media continues to explore opportunities to contribute to the national dialogue around race and racism in America. We continue to air relevant programs that share Black history and celebrate Black culture, as we look for ways to heal our nation and address racism head on.

WE'D LOVE TO HEAR FROM YOU

Help us celebrate by This email address is being protected from spambots. You need JavaScript enabled to view it. your 60 year story with us.

It's quick, convenient and most important, safe and secure.
Your automated monthly donation allows WHRO to continue bringing fair and balanced reporting to our area,
as well as wonderfully entertaining programs and important educational programs, too!